Arkansas blows past 1000 C19 deaths (992 yesterday, 1150 today) with 158 new deaths reported — a single day record — previous highest was 27 deaths on September 3. Governor: ‘It is just simply that we are really accounting for deaths that have come in previously.’ Not a very comforting response. Today is also a world record of 380K new cases in one day, and very high numbers in US deaths/cases and world deaths. 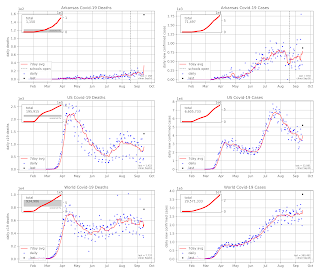 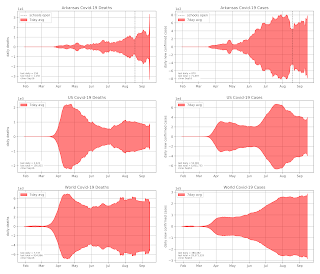 Neural Network US --- expect 200K deaths before next Monday 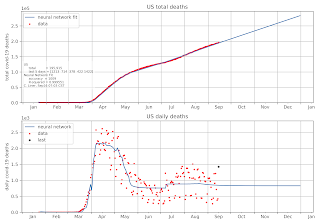 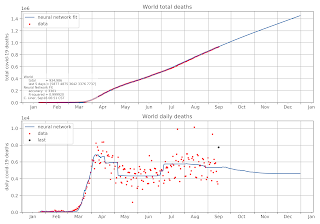 Posted by Prof. Christopher L. Liner at 7:07 AM