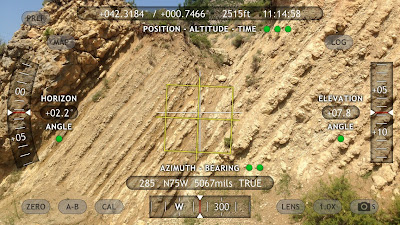 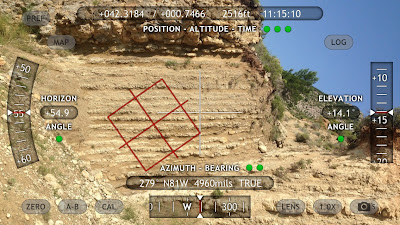 Dip shot with Teodolite iPhone app. I generally do 3 quick dip shots and choose the best alignment or average the 3 if they all look equally good.

Chert nodule in Devonian limestone showing internal fractures of the chert with no fracturing of surrounding limestone matrix. This is a phenomenon we see abundantly in Mississippian age carbonate rocks of Northwest Arkansas, as well as subsurface rocks in Oklahoma and Kansas. The Spanish rocks contain sponge spicules that dissolved to provide enough silica to generate the chert.  This chert specimen shows very clearly that the process of replacing limestone with chert induces sufficient internal stress to fracture the chert without fracturing the surrounding limestone. 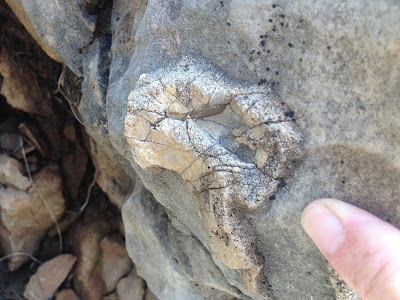 Devonian chert in limestone.  Note fractures in chert nodule but not in surrounding limestone.

Same location. This photo demonstrates pretty clearly the chert forms in burrows. The burrowing creatures produce coarser sediments with higher permeability and thus better pathways for silica bearing fluids.  The fact that these borrowed cherts are not visibly fractured would seem to indicate a different diagentic history than the fractured chert nodules. 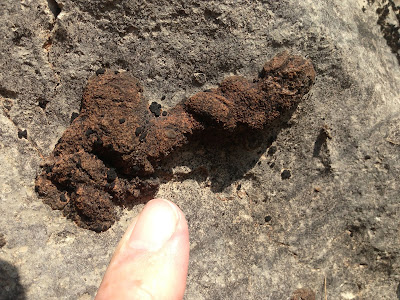 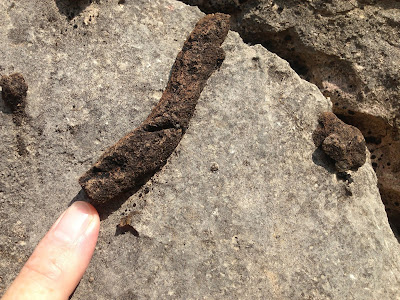 This is a view of the outcrop where the chert is found. Lluis is standing on the zone containing chert, which extends up-section to the bed at Rosella's feet. Younger and older strata are chert-free. 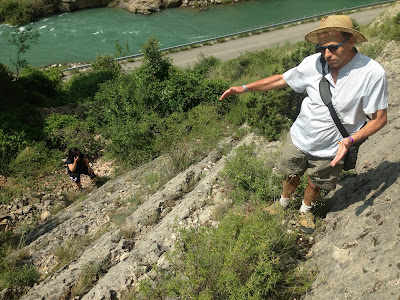 This week I am in the Pyrenees with Lluis Ardevol on a custom Geoplay carbonate stratigraphy field trip. Also along is Dr. Rossella Sbarra of GeoScience Ltd in the UK.

We are stationed in the village of Sentarada just north of Tremp, and the Geological section is mainly Cretaceous.

We need to get back into the field so just a picture or two here to show the fantastic scenery and geology of the area. 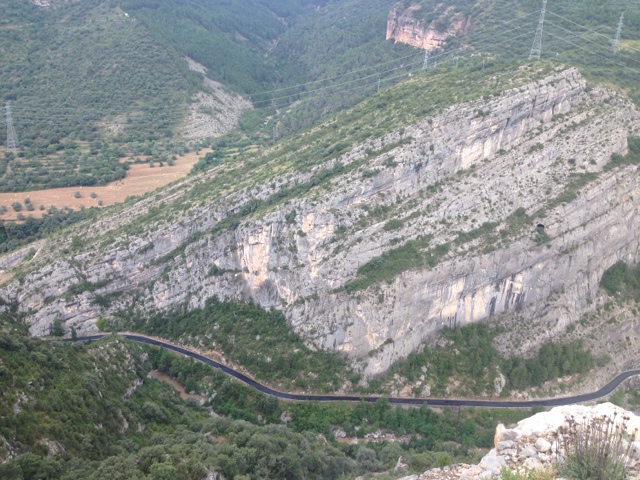 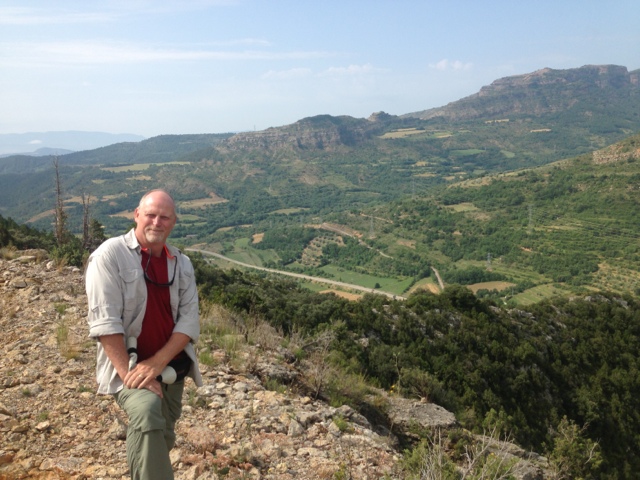 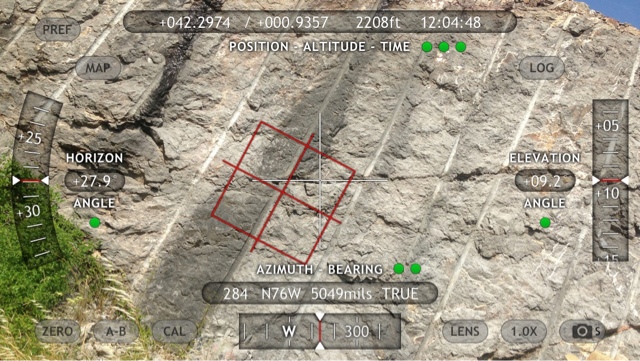 Posted by Prof. Christopher L. Liner at 7:34 AM